A business failure doesn’t have to mean the end of the world. A failure might actually be the beginning of a much stronger and more resilient business.

Here are the things you should consider and take away from a business failure.

It can be hard not to blame others, or extenuating circumstances for a business fail. However hard it may be to admit, as the business owner, the buck stops with you. When you take responsibility for the failure, your mind actually becomes open to change.

Don’t beat yourself up

Taking ownership of the business failure doesn’t mean you should blame or berate yourself. Plenty of successful business people have experienced business failure, only to bounce back bigger and better. Take Steve Jobs for example. He was forced out of Apple in 1985, only to later merge Apple with his new company NeXT in 1997. He then became CEO of Apple.

Just like a bet at the casino or a bad investment, don’t double down on the business failure. You can’t make it work by simply reinvesting in the same idea, hoping it will work next time. Einstein is often attributed to the quote, “Insanity is doing the same thing over and over and expecting different results.”

However experienced you are, there’s always someone with a little more knack. So bring in an expert to give you a hand. They will also be able to see things with fresh eyes.  Building a team of experts will only improve your execution the next time.

The bottom line is, don’t give up. The success of your business lies in how well you deal with failure – not how well you celebrate success. 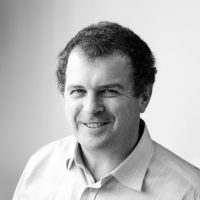 Sharp Accounting Ballarat
5.0
Based on 65 reviews

Matthew Fontana
10:46 16 May 21
Dealt with David on an ongoing basis, very professional and knowledgeable man who has been a tremendous benefit to my... business. I can recommend Sharp accounting to any serious business owner wanting to take their business forward.read more

dustin mcmurray
01:33 10 Mar 20
Sharp have always been a pleasure to deal with and offer honest straight forward advice, you can tell the advice comes... from experience and a team who love supporting Ballarat localsread more

Peter Sparkman
22:53 17 Dec 19
Couldn't be more helpful, efficient and anxiety relieving! Fast, absolutely professional and polite, Sharp Accounting... is a well-oiled machine that actually almost makes tax time fun! I'd highly recommend them to anyone - and have been doing so for people with woeful stories of alternative accounting businesses...read more

Ookami Kids
03:38 11 Nov 19
We could not recommend Sharp Accounting highly enough! Working closely with Sam, we've been up-skilled and empowered... to feel more confident when it comes to managing our finances and making financial decisions for our growing business! We don't actually know where we would be without you! Thank you, from the Ookami Kids Team!read more

Gravity Tree Worx
07:45 06 Nov 19
Fantastic accounting team. Have been essential in helping to get my small business off the ground. Would highly... recommend.read more

GH girls Channel
07:09 06 Nov 19
Where do I start???? After going through the most traumatic time of being in business for over 17years .... I honestly... would’ve closed my doors if it hadn’t have been for the support, knowledge and expertise of Ewen and his team. I now actually know “all my numbers” and am slowly getting back in front. Working closely with Sharp accounting has saved my business( and my sanity ). Thanks Sharp Accounting 😊 Petaread more

Ballarat Soil Testing
06:58 06 Nov 19
Glenn and the team at Sharp Accounting have supported our company's growth for over 14 years with a caring and... personalised service that we value. Nothing is too much trouble for the staff who have even assisted us after hours from time to time. We can't recommend Sharp Accounting enough.read more

Rian Potter
01:46 20 Aug 18
Sharps Accounting have always delivered prompt, professional, accurate advice and services. Whether it's for a tax... return or guidance in business finance we've always recommended the team at Sharps accounting before any others. Keep up the good work!!read more

Wayne Squire
07:19 12 Jul 18
Moving our Business across to Sharp Accounting has been one of the most beneficial decisions we have ever made. The... experience and knowledge they bestow on our Company has seen us grow from strength to strength in the time we have been with them. They are always accessible and provide the correct advice and direction when needed. The staff are helpful, courteous and they follow through on their promises. Sharp Accounting contribute significantly back into the community in many varied ways, they are a vital part of my business and are a company I cant recommend highly enough.read more

Simon Fletcher
03:39 11 Jul 18
Sharp have given fantastic, professional and prompt service since day 1. Several years ago they provided us with... invaluable assistance in the purchase of a business and all the challenges that entailed. We couldn't have done it without them. Wouldn't hesitate to recommend them to anyone for their business or personal accounting needs.read more

Jenny O'Keefe
01:22 11 Jul 18
Ewen at Sharp Accounting is our trusted family accountant. He has changed my life for the better - so encouraging and... instrumental in establishing a new small business, I’ve been so well taken care of and never feel like any question I’m asking is too silly or a waste of his time. Ewen and the team at Sharp have given me a great deal of confidence in business, and with my personal finances. I know they always have my back. Thanks Ewen!read more

Steve Friend
01:25 14 Jun 18
I have been associated with Ewen and the Sharp Accounting staff since agreeing to purchase a business some 12 months... ago. Sharp Accounting stepped me through the purchase process, established all company regulatory requirements and just made the process painless for a first time business owner. Now we are up and running, Sharp Accounting were retained by our business, despite being 300km away. Sharp Accounting now look after all of my personal and business tax and business accounting needs. They are all easily approachable, extremely timely in responding to questions and on top of my key dates, ensuring I have everything I need to have lodged, done well in time. I highly recommend Sharp Accounting to any prospective clients.read more
Next Reviews